The third book of this series isn’t published yet, but it’s going to be titled “The Doors of Stone”. Rumour has it that, perhaps, the third book won’t be the last one. Well, I hope to read the third book soon. Please Patrick Rothfuss, publish it soon!

The titles of this two books are: 1- The Name of the Wind and 3- The Wise Man’s Fear.

This is the chronicle of Kvothe’s life and exploits. He was famous for being an arcanist, killer, musician and adventurer, but he’s now retired and he manages an inn, under the name of Kote, with his apprentice Bast. One day, a peculiar character named Devan Lochees, nicknamed The Chronicler, arrives to the inn with the purpose of making Kvothe tell his story and reveal his true identity to him. After a persuasion work, in which Bast helped The Chronicler, Kvothe access to tell his story in three days.

Additionally to the narration of Kvothe’s past, there are some present moments of Kvothe’s life where you can realize that he’s hiding some things to The Chronicler. Bast, is always trying to make Kvothe tell the whole story and making him remember who he was and his past greatness. Maybe, Kvothe’s greatness isn’t over.

The plot is great. Kvothe has lived too many different adventures and he has met a lot of important or interesting people. He has studied in the Arcanist’s School, he has trained with the best warriors of the world and he has met and been with the most mysterious and beautiful woman.

The world of Kvothe is one of the most incredible fantastic worlds that have been ever written. The more you read, the more you want to know all of Kvothe’s life. It’s very difficult to stop reading this books.

This books are marvelous, they deserve to be qualified as part of the best in the epic fantasy genre.

Of course, they’re part of my favorites. 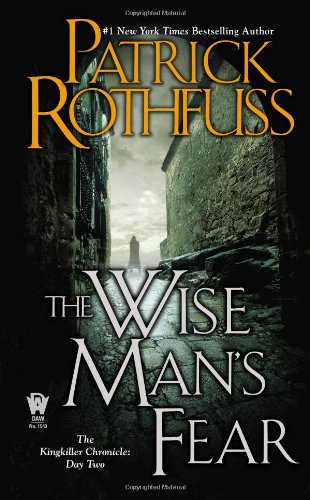