There are six books in this series. This are the first three, the fourth is already published and it’s named Shadow Study. Soon, I’m going to read it and I will post my opinion. The fifth and sixth books aren’t published yet.

The story begins when Yelena is chosen, by Valek (the security chief), as the new poison tester of the Commander of Ixia. Added to this situation, Yelena starts to present some magic and magic is prohibited under penalty of death in Ixia, so, she has to be very careful for not being discovered. She’ll have to learn to defend herself and she’ll have to decide who’s worth to trust.

Moreover, Ixia is in war with Sitia and there are some rebels of Sitia living in Ixia and trying to bring down the Commander.

This is a fantasy series with an extraordinary world where a lot of different cultures live. Ixia is divided in military districts and they hate magicians, Sitia is the home of all the magicians’ clans and is the place where Yelena was born. This series is, extremely, amusing and magical. I would love to live some of Yelena’s adventures and have some of her powers. It has some unexpected partnerships, treasons and unexpected events. A lot of the situations are difficult or emotional for the characters.

Some of its characters are complex and intriguing, for example, Valek and the Commander of Ixia. When you read the books you’ll know why I say they’re examples of this. Other characters are really funny and loyal, like Janco and Ari. And there are others that are lovely like Kiki.

The books’ titles indicate what’s Yelena studying, so, you’ll realize that the story is never monotonous and it will, always, have surprising and exciting moments. Yelena is very powerful and very smart.

I was fascinated with this series, therefore, I’m sure that I’ll love Shadow Study. 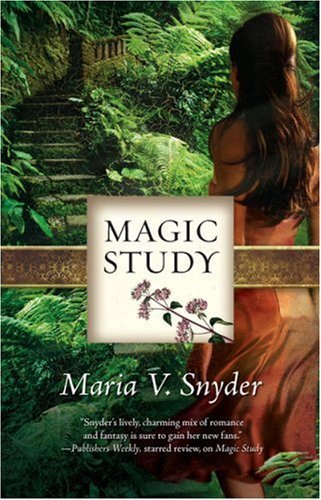