Oskar suffers of bullying in his school. To vent, he goes out of his house at night, with a knife, and stabs the air imagining his enemies there. One night, he meets Eli, a strange girl who has recently moved in with a man who’s, supposedly, her father. Eli isn’t affected by the wind or snow, she’s barefoot, she appears only at night and she’s not sociable.

A series of murders begins after Eli moved in, so, Oskar will realize that Eli is a vampire, but he’ll not be affected by Eli’s nature. She will become Oskar’s best friend and she’ll help him with the bullies making her supposed father uncomfortable.

Her so-called father is who provides her blood and commits all the murders for her. His and her identity will be a surprise.

In this novel, we’ll read about bullying, pedophilia, domestic violence, alcoholism, people with serious psychological problems, among others. It’s not a novel for having fun. It made me think about the capacity of people for doing wrong things. It has a lot of situations that made me upset.

I consider it an intense novel. 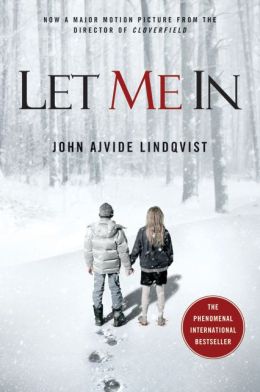