The Manual of Detection is a strange and great book.

Charles Unwin works in the Agency as a clerk and he loves his work. One day he receives the news of his promotion to detective, because Travis Sivart, the detective who sends Charles his reports, has dissapeared. Unwin is confused, he doesn’t want to be promoted so he decides to look for detective Sivart and make him return to his job. For achieving this, Unwin must deal with the biloquist Enoch Hoffmann, his giant guardians Josiah and Jasper Rook and the mysterious Cleo Greenwood. He knows them because they were mentioned in Sivart’s reports of the case named The Man Who Stole November Twelfth and they were part of the case named The Three Deaths of Colonel Baker.

Unwin will have an assistant named Emily Doppel, who’ll be one of the most important characters at the end, along with the woman in the plaid coat, whose name I’ll not reveal because her identity must be discovered reading the book.

Unwin will discover surprising things and he’ll solve this strange and surreal case in which the manipulation of people’s dreams is involved. The Chapter Eighteen of The Manual of Detection will be fundamental.

I had a lot of fun reading this book because there were some ridiculous things happening in the story. Unwin was considered as someone whose capacity to solve a case was null, but I think he’s very capable of being a detective and he has a lot of luck which was very helpfull for him.

I found very interesting the manipulation of the people’s dreams for making them do things without knowing what are they doing. The people did crazy stuff when they were sleepwalking. Also, the organization of the Agency and all its order was amazing, the workers weren’t supposed to talk to someone who wasn’t in the same level where he or she was.

One curious fact is that hats are very important in this book, it seems that they give the characters their importance in society and in the Agency. Unwin was, always, taking care of his hat and his umbrella. Oh! It’s raining in the whole story, well, at the end it stops.

This book is surprising till the end and I enjoyed it a lot! 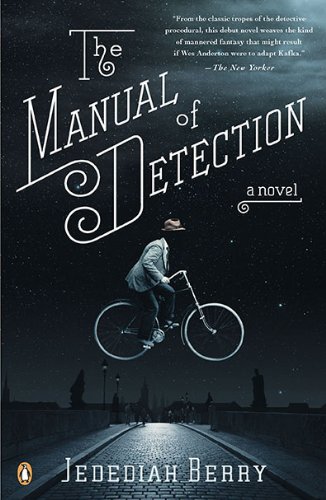