Libby Day’s family was murdered when she was seven years old in “The Satan Sacrifice of Kinnakee, Kansas”. She testified against her older brother, Ben, so he’s in jail.

Libby needs money and she meets an organization of amateur investigators named The Kill Club. They think that Ben wasn’t the killer, so they want to investigate who the real killer is and help Ben out of jail. Libby’s going to tell them the story and she’s going to investigate with them too. She’ll be paid for the information. Libby will have to talk to her brother and she’ll discover some surprising things.

The book is narrated in two times, the first one is the present time of Libby’s investigation and the second one is the past time and is narrated by Ben and her mother Patty, they narrate the time before the murder.

Once again, the story shows us a family with violence and some other problems. Each one of the main characters has psychological issues, but this time the mystery part is more interesting and exciting. I, truly, wanted to know what happened the day of the murder and if Ben was innocent.

Libby wasn’t a character that I liked, she was selfish and kind of apathetic. I liked this book more than Sharp Objects and I liked The Kill Club, the idea of making a club interested in the most famous murders, maybe, can be morbid for some people, but I think that some times there can be surprises or inconsistencies in the murder cases.

I recommend this book more than Sharp Objects. 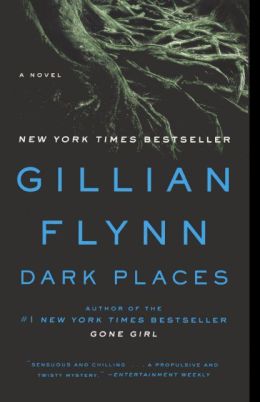