This is a dystopian and post-apocalyptic trilogy that happens in United States, there are 13 disctricts and one Capitol. The District 13 was destroyed (not really) because it rebelled against the Capitol.

For maintaining the districts in order, the Capitol conducts a competition named The Hunger Games, in which two tributes of each district are trained to kill each other in an arena. Only one will be the winner, but everyone else must die.

Katniss Everdeen and Peeta Mellark are the tributes of Disctrict 12. Katniss volunteered as a tribute because the chosen one was her sister Prim. The people of District 12 are coal miners and the most of them are poor.

Katniss and Peeta will have to defeat the other tributes in the Hunger Games, next, they’ll have to deal with President Snow, the leader of the Capitol and districts, he’s a very unpleasant person and he has all the power to make Katniss suffer. The victory of Katniss and Peeta was taken as an act of rebellion against the system and the president, so, President Snow wants to regain order in the districts.

Katniss becomes the symbol of the rebellion although she doesn’t want to be that and she becomes very important in the war against the Capitol and its forces.

This trilogy has a lot of tragedies and injustices. I suffered in some occasions while I was reading it. I think that this trilogy shows us a lot of human pain, it ends with some pain too. Despite this, hope is always there, also, some happy and exciting moments are narrated in the books.

In my opinion, this is an excellent, exciting and intelligent trilogy. I consider it one of the best dystopian series and one of my favorites. It’s really great! 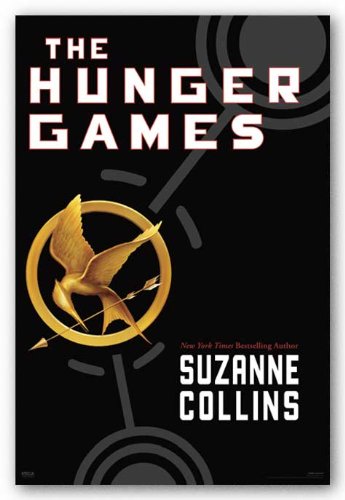