The detective, James North, will be involved in a huge intrigue because a young man, named Gene, who was hoding some hostages in the Metropolitan Museum of Art in New York, asked for him. The detective doesn’t know who the young man is, but, when he sees him he feels an imperative need to kill him. Gene

feels this imperative need too, he really wants to kill James North.

This is a surprising book that has a story which I didn’t expect to happen like it happened. I didn’t like it so much because I thought that some parts weren’t understandable and the story didn’t catch my attention. But, that’s only my opinion, perhaps, if you read it you’ll have a different opinion. 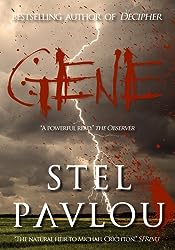