Cassie Black is under probation. She used to be a thief along with Max, her boyfriend, in Las Vegas. Because of some special circumstances she decides to commit one last robbery. Unfortunately, she commits it during a void moon, which is a bad augury, and she’s persecuted by Jack Karch, the man guilty of her imprisonment and Max’s suicide.

Cassie will have to be very clever to get rid of Karch and the complicated situation she’s involved.

I liked this book more than “The Overlook”. It’s a good and exciting story. I liked that some hidden facts were discovered as the story progressed making Cassie’s situation more and more complicated.

Besides, the fact of the void moon being a bad augury made the story more interesting. There are a lot of superstitions in the world and sometimes they coincide with an event in our life making us wonder if they can be true.

Both Cassie and Karch are strong characters. Karch is more or less a psychopath and Cassie has great reasons to come out alive.

I liked that Cassie proved not to be a bad person at the end. 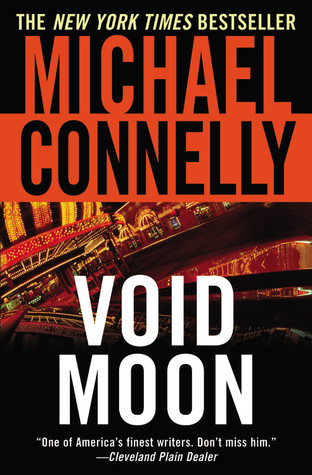